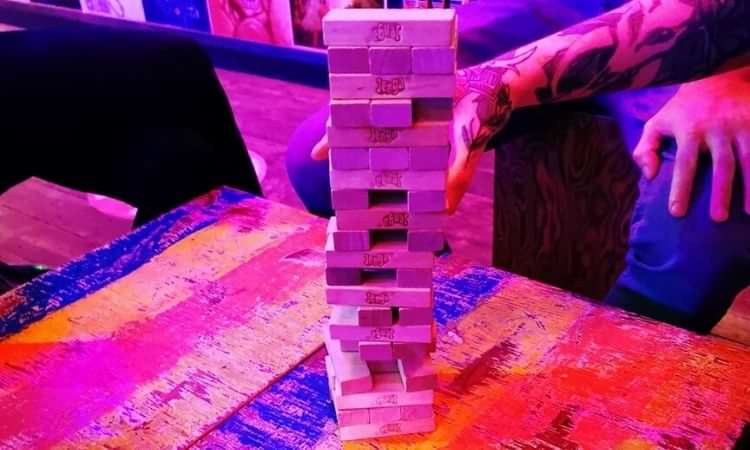 Looking for a strategic game for your kids that will develop the mental and physical strength with some fun time? Jenga game is such a game, where your kids have to setup several blocks and create a building to make the building fall at last. Well, seems it requires some strategy, right? In this article, I will discuss a few important things you need to know about Jenga.

For playing Jenga you need 54 wooden pieces, mostly known as blocks. Without these playing pieces, you can’t imagine playing Jenga. At the starting of the game, the players have to build a building by setting these blocks one by one. And the game will end when the building falls due to imbalance. So you can imagine the vitality of these pieces in the Jenga game.

You need to set up the Jenga tower and play the game according to the rules. That’s why I’m providing the rules of the Jenga game below.

Set up the blocks to build the tower

The game comes to an end

How to make giant Jenga

For having enhanced fun it’s better to make a giant Jenga set instead of buying a Jenga set. To play giant Jenga you need a big space and pieces of wood to make giant playing pieces. Well, the process of making a giant Jenga set is not so difficult and it will become a lot easier for you if you follow the steps given below.

Why are thinking so much? Just go and make to Jenga set on your own to have fun with your kids by creating a high tower. This will let your kids develop their strategic thinking and provide fun at the same time.