Have you ever thought of killing a monster and find out some kind of treasure? You might have, but it seems not to have any real monster or hidden treasure near you! So here I'm suggesting you a deck card game, where you will be finding out the hidden treasures by killing the monsters, and the game is a munchkin.

In this review article, I will provide you a description of the best munchkin board games. Steve Jackson Games Munchkin Deluxe is staying at the top of this list. You will find a buying guide section further in the article, where I've discussed the things you need to consider before buying one of these game sets. Stay with me for more information. 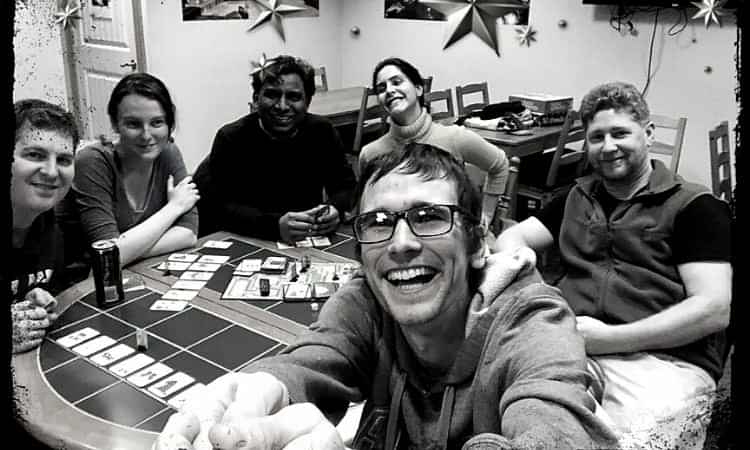 Munchkin is an adventurous deck card game, where you have to reach the 10th level before anyone to win the game. Reaching the 10th or final level is the main object of the game, but you also have to kill the monster on the way and collect the hidden treasures. The game will force you to stab in the back of your friend to reach the ultimate level.

It is a fun game that is recommended for anyone over 10 years. Typically the game is enjoyable when it is played among three to six players. You can also play this between two players. You won't get the same amount of fun you expected. The game will take one to two hours to find out the winner. Several cards are used in the game to operate you and help you reach the ultimate 10th level. You can enjoy this adventurous monster killing and hidden treasure finding game with your family and friends just by buying a complete munchkin game set.

This munchkin game set from Steve Jackson Games comes with all the needed pieces of equipment for the game. It includes 168 cards, 6 standies, 6 player cards, game board rules, and dice. The game set allows three to six players to participate in the game and enjoy some adventurous time.

You can have the classic feel of the munchkin game with this deluxe game set. The game will take one to two or a bit more hours to define the winner. The objective is quite simple to reach level 10 by killing a monster.

This harry potter version of the munchkin game comes from USAOPOLY. The game set includes 168 cards, which come in with colorful movie imagery. It also includes eight character cards, a custom die, and a custom game board.

The game set allows you to play the game between three to six players. The age recommendation for this game by the manufactures is 11 years or up. It takes around an hour to find out the winner of the game. Here the monsters are witches and wizards that you witnessed in the harry potter movie series.

This marvel edition of the munchkin game comes from USAOPOLY. It comes with 168 cards featuring iconic characters from the marvel universe. It comes to you with a custom die features marvel logo.

The game set includes six double-sided agenda role cards. The object is also the same here to reach the 10th level before anyone does. You have to assemble the avengers and defeat your enemy first to win the battle.

This edition of the munchkin game from Steve Jackson Games contains 112 more cards for developing the munchkin deck. The game set allows three to six players to participate in the game and enjoy some adventurous time.

You can have the classic feel of the munchkin game with this deluxe game set. The game will take one to two or a bit more hours to define the winner. The objective is quite simple to reach level 10 by killing a monster.

This is the third expansion for the original munchkin from Steve Jackson Games. The game set allows 112 more john kovalic illustrated cards to kill the monsters, stealing treasure, and backstabbing your fellow players.

The game set allows three to six players to participate in the game and enjoy some adventurous time. This fantasy game takes around 90 minutes to decide the winner. Enjoy this edition by borrowing the game set from your home.

You can use this game set for three to six players. Anyone aged 10 years or more are recommended to play this game, and it will take 60 minutes approximately to finish the game.

The gold edition of the award-winning card game comes from Steve Jackson Games. You will get all the fun of killing a monster in a dungeon.

The main word of the game is treasure. You have to kill the monsters and find out the treasures to reach level 10 before anyone. Three to six players are allowed, and the playing time is approximately 60 minutes,

You need to consider not many things before buying a munchkin game set, but still, I would suggest a few things below that may make the buying process easier.

There are different versions of the game available in the market like Marvel, Harry Potter, Rick, and Morty, etc. You can choose one of these versions of the classic munchkin version, depending on your choice.

A munchkin game requires 168 cards. Among this card, 94 are door cards, and 74 are treasure cards. There is a detailed discussion about the cards in one of the following sections of this article.

The new buyers of this game set will fancy having a playing instruction with the game set. This will make it easier for them to learn the rules of this game and play accordingly to reach the 10th level as soon as possible.

Typically, three to six players are allowed to play in munchkin games. You can add more guys if you want. But before buying, look at the maximum player recommendation, of course.

It is a type of game where players of 10 years or more are recommended to play.

When the game of munchkin was first invented or created with no written document or proof, but the game is created by Steve Jackson and illustrated by John Kovalic. The name knows the game of these two guys.

In 2001, munchkin (Wikipedia) won the Origins Award for the best traditional card game. When this spread, the game began to earn more popularity. Later on, many other versions of this game were created. And now you can enjoy it by buying a complete set. The game is not so difficult to play if you have a bit of a strategic mind. So you can enjoy your time by having a munchkin board set up in front.

Munchkin game doesn't require much equipment for gameplay. It needs a board, six-sided dice, and several number cards. Among these pieces of equipment, the cards are so vital to operating the game. There are 168 cards used in the munchkin game, and these cards are divided into two categories. One is door cards, and the other one is treasure cards. It has 94 door cards and 74 treasure cards. Now let's look at what type of cards are included in these two categories and how they work during the game.

How to play the munchkin board game

There are some basic rules of the munchkin game .pdf that you need to know before going to play this game. I'll briefly discuss the rules of this game here.

Don't make any further delay. Read out the product description of the selected munchkin game sets and choose one according to your want. You should read the section carefully about the cards to have a clear idea of what each card does in the game. I've also given a brief discussion about the rules of the game. And, of course, the buying guide section will make your task a lot easier. So enjoy playing this adventurous, strategic game with one of these game sets.