There is a big fan follower of Bruce Lee, there is no doubt. Although it has been 47 years since he died but still loves and respects him, his fighting skills are still endless. And that's the main reason, which turned this simple video into a controversial one. Oh! Is it really a simple video? Such questions might be rising in your mind right now. But honestly this is just a simple video.

I wonder is there anyone who has never heard the name Bruce Lee! Just for them, I'm giving a short bio of him. Bruce Lee is a Chinese professional actor, director, martial artist and martial art instructor. He was born on November 27, 1940, and died only at the age of 32 on July 20, 1973.

Reason of making this video

You see many advertisement videos are made to promote a product. The same purpose was behind making this video. But that doesn’t prove it is not Bruce Lee in the video! Yes, you are right if you are thinking this way. But the agency who made this promotional video discussed all details about the video and that proved that Bruce Lee is not in this controversial video.

And you know what social media is? This video took no time to go viral. This was possible only because Bruce Lee had already created a big fan follower of him by his acting and martial art techniques. That’s why a fake video of him caught the eyes of his fans very easily. But still this video had to be controversial.

Bruce Lee fans thought it is a rumor. But gradually, the truth came out when the chief creative officer of the advertisement agency that made this video gave an interview to Agency Asia and told details about this controversial video clip. It was actually his advertisement agency JWT (J. Walter Thompson) who created this video to promote a cell phone from Nokia brand.

That time promoting cell phones was not so easy. So they thought of making a short video clip and promote the Nokia N96 Limited edition of Bruce Lee. But when they published the video they didn't even imagine that this video would become popular itself than the phone. Bruce Lee just blindly believed that it is their hero in the video who is playing ping pong with these nunchucks.

Polly Chu, the chief creative officer of the ad agency JWT, told that this 1 minute and 12 seconds video clip was titled "Bruce Lee ping pong campaign". But the purpose of making this type video or giving such title was just to promote the Nokia N96 Bruce Lee edition in 2008.

Why did people claim the video real

Who thought a video that has made 35 years after Bruce Lee’s death is going to turn such controversy? The main reason is the large fan following of Bruce Lee, the Chinese martial artist and actor. He just won the heart of the spectators by his marvelous acting and excellent martial arts techniques. That’s why they easily believed that the person in the video was Bruce Lee.

Another reason is that, in the video absolutely look like Bruce lee and also showed some martial art techniques. The video was shoot black and white and the ball shown in the video was included here by effects. All these things actually made this video look realistic and people started claiming the fake actor as their legend Bruce Lee. 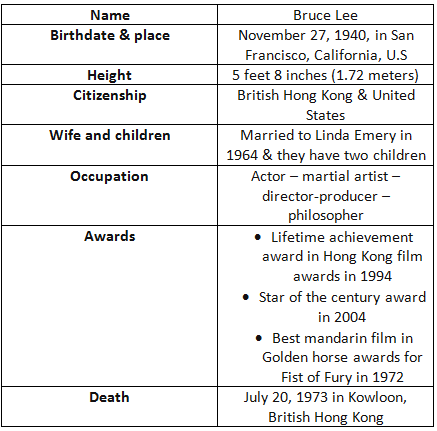