Flick the discs targeting the highest scoring zone of the circular board and score more points from your opponent to win the game. Yes, I'm talking about crokinole board games and you will find tournament size boards and boards for recreational plays. Tournament size boards come with a playing surface that is 26 inches in diameter, whereas other boards might come in around 22 to 25 inches in diameter. 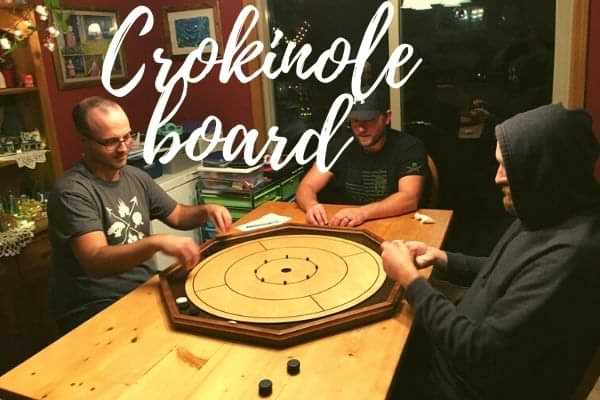 What is the crokinole board game?

Crokinole board (reviews) is a board game where you have your disc to shoot, targeting the highest scoring zones on the board and send the opponent's disc to the ditch by hitting them. You can play one by one game or a team game, where each team will have two players sitting on the opposite side of the circular board.

The game's objective is to score 100 points before the opponent player or team and win the game. The game scoring can be done in several ways and there is a detailed discussion down in the article. You can use your index finger, middle finger and even thumb to flick, but you can push the discs. 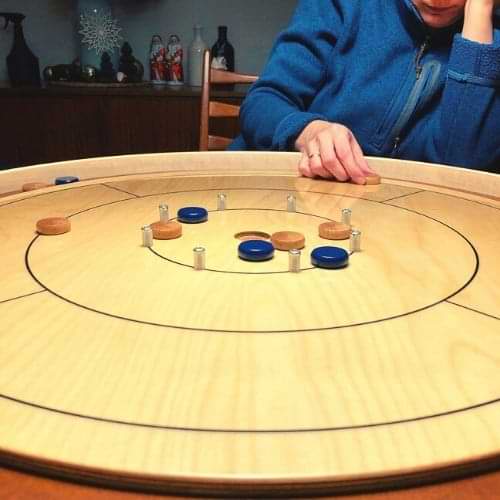 It doesn't matter whether it is tournament size official board or recreational board; the structure of lines drawn in the board is the same. And except for the surface, there is a ditch area around every crokinole board. To provide you detailed information about the board's dimension, I have divided it into a few sections.

The middle line of the board is 4 inches far from the inner line area and it is drawn 8 inches from the center of the board. You are worthy of 10 points if your disc remains in this region at the end of the game.

The outer line is also 4 inches far from the middle line area and it is drawn 12 inches from the center of the board. You can earn only 5 points from this region. There are four quadrants in this region and it shows the valid shooting range of a player.

Edge of the board

This line is drawn to mark a player's shooting region and it is drawn 1 inch from the board's outer circle.

The last but not the least part of the crokinole board is the ditch, where eliminated discs are kept until one round of play is completed. Once a disc is moved to the ditch area, you can't bring it back into the game until the round finishes.

How to make crokinole board

Making a crokinole board (video) is not difficult if you go through it step by step and gather the materials you need.

There are some pretty simple playing rules in crokinole to make the game more enjoyable.

There are two types of scoring in crokinole, tournament scoring and recreational scoring, which is simple.

The game is played for 100 points, typically under this rule and several rounds. After each round, the discs on the board are counted, making the points in each round. This can be done in two ways: subtracting the lowest from the highest or keeping the original points for both teams. In case of a tie, teams will not receive a single point in the round.

If you like board gaming, then crokinole can be a good option. You can just do some simple flicking to score points by eliminating your opponent's discs and staying on the highest scoring zones.