Having the correct length of a stick in your hand will provide you with a nice game performance. The length of the shaft typically defines the length of the stick and it is chosen depending on the player's height. A floorball stick short as 50 cm and as long as 105 cm. 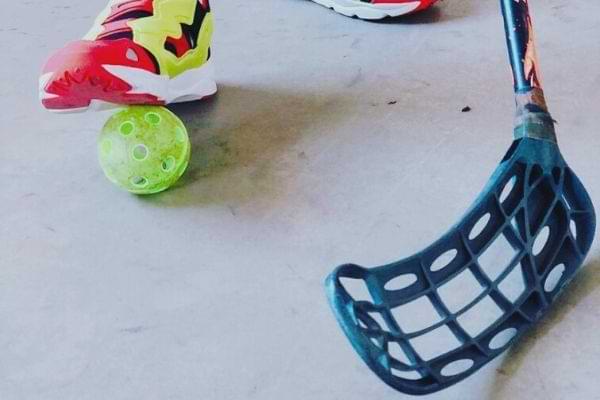 What is floorball sport

Floorball is a kind of hockey game, where you have one stick in your hands and there is a ball inside the court to hit and score goals. The game's objective is pretty simple to score as many goals as possible compared to your opponent and win the game.

Teams and players: In a floorball game, there are two teams in the field consisting of six players on each side and there will be a goalkeeper among the six players included in each team. Except for the goalkeeper, every player will have a stick in their grip to pass and hit the ball. The goalkeeper will use his hands to save the ball from goal.

Gameplay time: The game is played in three halves, where each half consists of 20 minutes. The total gameplay will be 60 minutes and the team scoring the highest number of goals at the end of the sixty minutes will be the winner of the game.

Invention: Floorball is a sport that has already been included in the World Games in 2017. This sport was invented back in the late 1960s in Sweden and official rules of the sport were written down in 1981. To control the official events of floorball worldwide, there is an International Floorball Federation or IFF.

The most important thing you need to look at while you are buying a floorball stick is the stick's length. You need to choose the stick's right size if you want to do better in the field. There is a thumb rule to measure the length of the stick and choose the right one. Hold the stick in front of you straight and then choose one that goes 1 or 2 inches above your belly button.

Sticks that are shorter in length are easier to control, but longer sticks will provide you with a better reach. So it's up to you and your playing position in the field, which type of stick will be perfect. Meanwhile, neither buying too long stick nor too short stick will help you have cool performance.

A floorball stick has two parts, shaft and blade. However, the length of the stick is mainly defined by the shaft's length. You need to measure the shaft length to choose the right size. The blade will add around 10 cm to the length of the stick, that' all. Now I'm thinking to make it a lot easier for you to choose the correct length by providing you with a length chart, won't that be great?

Thought floorball is one kind of hockey sport; it has many differences compared to conventional hockey. The stick used in floorball is far more safe and lightweight than Street Hockey Sticks. It will be excellent for you to distinguish the differences between these two similar-looking sports, which are actually a lot different from each other.

Goalie: Both goalies are allowed to prevent the ball from entering the goal post, but floorball goalies don't have any stick in their hand, unlike hockey goalies.

Duration of the game: A floorball game runs for 60 minutes, divided into three equal halves. However. International hockey matches time are played in two halves consisting of total 70 minutes.

The blade of the floorball stick comes with a bit curvy design. However, you can also make the blade of your stick curve manually and you should do so depending on the type of player you are. If you are more of a passer, you should use a stick with a flat blade. Meanwhile, a shooter needs to have a curved blade in the stick.

How much is a floorball stick

The cost of floorball sticks ranges from $40 to $190 approximately. You can buy a complete readymade stick or buy the shaft and blade part individually. If you buy these parts individually, you can make your stick just like you want it to be. You can keep the blade flat or make it a little bit curved. But first of all, select the right size according to the player's height and then purchase the right amount for it.

Don't make a wrong choice of the length, because this will indeed degrade your performance level. So follow the chart and the thumb rule for selecting the right size of the stick.