Tennis scoring system works a bit weirdly. Probably you won't find any sports where the scoring is counted in such a way, 0 (love), 15, 30, and 40. It may be looking a bit awkward for you if you are not very familiar with tennis. But actually, there are not 40 points. Rather it’s only 4 points here. Whoever gains these 4 points first wins a game. 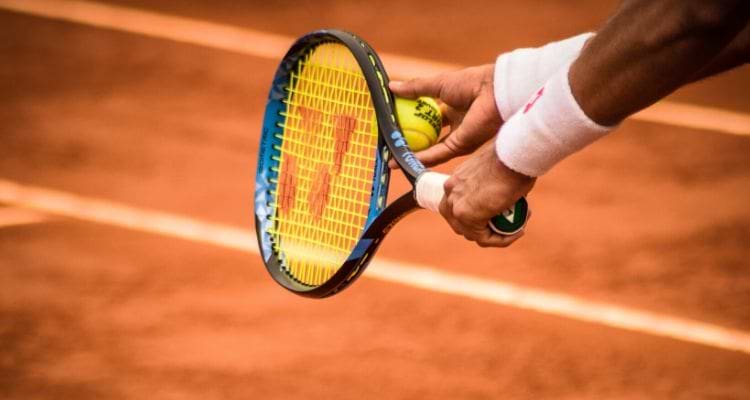 How does tennis scoring work

You can divide a tennis scoring system into a few parts. First, you need to achieve 4 points up to 40 and then win a game. Then win at least 6 games to win a set. And at last, to win the match you have to win a maximum number of sets in the match.

Scoring rules in tennis is slightly complicated. But when you get familiar with this sport and know the basic things of scoring, then it should not be that difficult for you to keep the score with rules. Now let's discuss the rules in a few parts.

Then the team or player who didn't serve first in the first set will be serving first in the second set, and the other team will serve after that. With this cycle, the second set will come to an end. After that in the third set, the first team will start the serving. This way the team or player winning the toss gets the opportunity to serve first in three odd number sets and the opponent could only serve in the remaining two sets.

Scoring rules for the game

I have already mentioned that each game has 4 points. But the number shown in the scoreboard makes you a bit confused with the quantity of points. Though the points are shown 0 (love), 15, 30, and 40 but there are not more than four points. The game starts with both the players are in 0 or love.

Then the first player serves the ball. He has to serve the ball over the net and standing behind the baseline of the court. The ball needs to be fallen on the opposition's service box without touching the net. If anyhow the ball touches the net or doesn't fall into the opponent's service box then it is called a fault.

The player will get a second chance to serve the ball, in case of doing the same fault, it will be declared double fault and he will lose a point. But he will continue to serve for the next points till the game comes to an end. The player scoring 4 points first will win the game.

But what if the point is leveled at 40 – 40? Then it is called deuce. The player who was serving will serve again and have to score 2 points in a row to win the game. If he scores the first point after deuce, then it is declared to his advantage or ad – in. Then he needs to score another point to win this game. But if he couldn't score the first point then the opposing player gets the advantage and if he can score another with the advantage then he wins the game.

If you are looking for winning a match, then you have to win a maximum number of sets anyhow. To win a set you need to win at least 6 games with a gap of at least two games than the other team, like 6 – 4 or 7 – 5, 8 – 6 and so on. Whatever the score is you need to have the advantage of two games.

But there is a tiebreaker rule when both the players are on 6 points, 6 – 6. It has got a straight forward rule though. To win the tiebreaker and also the set a player needs to score seven points by two points of advantage. If he fails to do so the tiebreaker will go on until the one player gains the difference of two points than the other one. The player winning the tiebreaker will win the set by a margin of 7 – 6.

Well a bit awkward scoring system of tennis is supposed to be originated from the medieval French period. At that time, it is believed that a clock was used on the side of the court and with a quarter move on the hand to indicate the score 15, 30, 45 and with moving on to 60 the game is declared over. But making it a bit more confusing the 3rd point of a game was revised to 40 instead of 45. And 0 is called love in a tennis game. It came from a French word, I’oeuf that means egg or nothing. So zero is called love in a tennis game.

So you can say that the scoring rules for tennis are a bit complicated for the newcomers, but once you become familiar with this sport, then it is not complicated anymore.