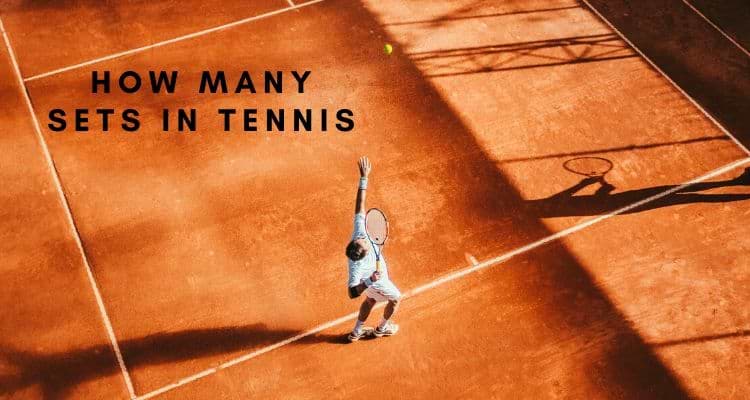 how many sets in tennis

Well you have already known that in a tennis match there can be the best of three or best of five sets. But whatever the number of set is, as a player you have to win the maximum number of sets to win the match. In a clear view, you have to win two sets in a three-set format match and three sets in a five-set format match. You can win the sets in a row if you are a much better player than the opponent unless the match might go running for all five or three sets.

Well, there are few rules for the set in tennis. Now let's have a look at some of the rules of sets in tennis.

Read more: How long is a tennis court- Court dimensions

To win a tennis match, you have to win the maximum number of sets. But how can you win a set? What are the rules for winning a tennis set? Such questions might be rising in your mind right now as a reader of this article. To win a set, you need to gain at least 6 points. But there is another thing to keep in mind. You have to gain these 6 points by keeping a difference of 2 points from the opponent.

Then what if you fail to keep that difference and both the players come to a score of 6 – 6? In that case, there is also a solution, which is not so much complicated as well. You just need to score 7 points to win the tiebreaker and also the set. But guys, it's not as simple as it sounds, because here also you have to score these 7 points with a gap of 2 points from the opposition.

The tiebreaker will continue until one player is able to gain 7 points with a gap of two points from the opponent or score that point, which is 2 points more than the opponent, like 7 – 5, 8 – 6, 9 – 7 and so on. The longest-running tiebreaker in the history of tennis is 70 – 68. Can you believe it? You have to believe this.

Typically to win tennis set, you need to win it over at least having 2 points of advantage, like 6 – 4. You can also win a set with a longer margin of 6 – 0, 6 – 1, 6 – 2, 6 – 3 as well. But when the set depends on the tiebreaker, this rule is not applicable anymore. Whoever wins the tiebreaker with an advantage of two points wins the set also. But the final scoring of the set doesn't have a difference of two points. The score that is shown in the scoreboard is then 7 – 6.

For winning the last set, you have scored as usual at least 6 points with two points of advantage from the opponent. But in the case of 6 – 6 level score, there is no tiebreaker system. You have to continue to play the natural game with the main rule to win a set. It means until you gain points which has an advantage of two points from the opposition, you can't win the set and the match. For example, the last set of a tennis match can get a score of 7 – 5, 8 – 6, 9 – 7 and so on.

Well, the duration of time is not the same every time. It depends on the quality of the two players, whether they are of the same category or not, and also the gender. Keeping all these things in mind I made an average time for each set. In men's matches, a set can last for approximately 45 minutes to 1 hour and 30 minutes. And in women's matches, this time range is 30 minutes to 1 hour.

So, in conclusion, I can say that there are two types of set format in tennis, the best of three set format and best of five-set format.