One of the most important positions in volleyball is the libero. The player who stands freely in the court's position in a volleyball game is known as libero. He or she plays a vital role in the game. The main task for a libero is to defend the ball and stop the opposition from scoring points. They can’t block or hit the ball when it is just above or near the net. A libero needs to perform well if the team wants to gain points in crucial situations. 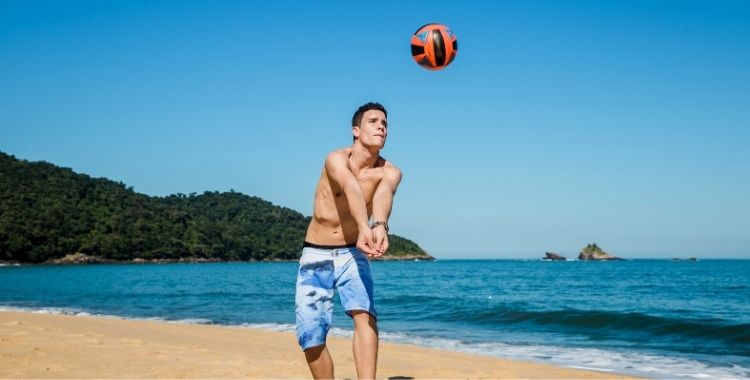 What does libero mean

Libero is an Italian word, which means free. Libero is a player who plays a defensive role in the game of volleyball or soccer. You know, if you are looking not to let your opponent gain points, your defense need to be strong. That's why libero is a kind of player who makes the defense strong and blocks the opponent from scoring points.

What is libero in volleyball

In volleyball, libero has a crucial role to play. He wears a different jersey from his teammates and stands anywhere in their half of the court. He doesn't need to be tall as he doesn't stand near the net. But a libero must be strong to defend the hard shots of the opponent. If he fails to protect the ball, the team will fail and will gift a point to the opponent. That's why a libero has to be strong and needs to play a crucial role in the game.

The number of libero in volleyball

Front players have a role in hitting and blocking the ball, whenever it is near or above the net. They are not supposed to defend the ball and not letting the opposition score points. Because they are aggressive players and their task is to score points, not defending balls. These players are needed to be tall, as they are standing right in front of the net.

The opposite task is for the defenders. They don’t stand near the net or forward in the court. They stand behind the hitters and their main job is to defend the ball. Defenders are not supposed to be as tall as hitters, but they need to be strong enough to stop the ball from being grounded. Among these three defenders, there is a specialist. And that specialist is called libero. His role is crucial in the defense section and the team depends highly on the performance of the libero for winning a game.

Well, libero plays the most crucial role in a volleyball game. The fate of the team depends mostly on him. So, why that guy does not need to be different from the other team members? He is a bit different from his teammates.

A libero wears a different color jersey from his team members. It makes it easier to identify the specialist of the team. The opponent team also gets a chance to make a strategy for that guy. This different jersey wearing guy can make a difference in the result of the match. He just needs to calm and strong enough to defend the ball and stop the opponent from scoring.

Position of a libero inside the court

A libero is a backward player and plays with the other two defenders of the team. Specifically, he plays at the middle back or left-back for their team's middle blockers. Forward of the court is not allowed for the libero.

What does a libero do in volleyball

A volleyball team consists of two specialized liberos. But only one libero is allowed to go inside the court at a time. He enters the court wearing a contrasting jersey from the other teammates. A libero always stands backward of the court. Libero is the best passer in the team. A team consists of two passers, who are best and they are called libero.

The game starts and only one of the two liberos enters the court and produces the best passes. He needs to be agile and strong for providing the best shots. A libero passes most of the balls in a match than other players. So he needs to have the stamina and strength. When the ball is placed between two defenders of backward players, the libero is the one who is supposed to hit or handle the ball. He also backs up the setter after serving the ball. A libero needs to be quick, consistent and can pass the ball with powerful smashes.

What does a libero not allowed to do

If you are confused about who is the most crucial player in a volleyball team, I think this article has already cleared your confusion. A libero wearing a different jersey, standing after the three attackers or forward players, is the most important volleyball team player. He does the most of the passes for the team and for doing so, he needs to be strong and agile enough.