I believe that in sports like tennis, badminton, pickleball, volleyball, etc. you need to know the size of the court before going to play inside the court. That's why I'm writing this article for you to give you a clear idea about the size or dimension of a tennis court. A tennis court is 78 feet long. 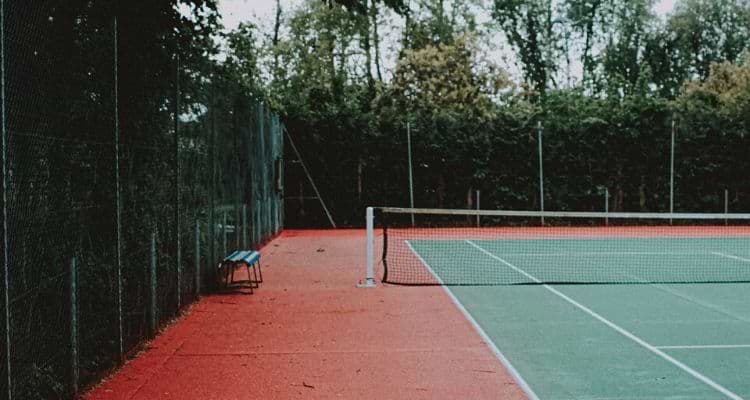 how long is a tennis court 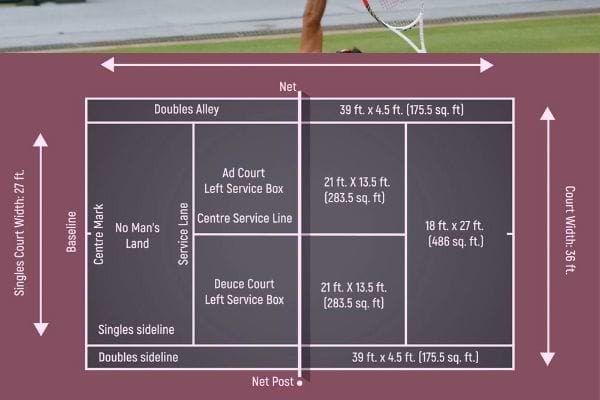 The shape of a tennis court

So if there is not enough clear space for them, they won’t be able to chase and return the ball perfectly. If a tennis court doesn’t have a minimum size of clearance area any kind of accident or injury can happen to the player. The total area that is required for the court and clearance space is 7,200 square feet or 668.9 square meters.

This is one of the important areas, or you can say part of a tennis court. It has divided the court into two equal sides. The official height of a net to set up inside a tennis court is 3 feet or 0.9 meters in the center. But at the side or net posts, the height of the net is 3.5 feet or 1.1 meters.

The net is set up with the help of two net posts. These net posts are 3 feet outside the doubles and singles court on each side. The net used in a tennis court is made of using a material called twisted polyethylene. The net is then set up stretching across the full width of the court area.

These service courts are also divided into two parts. The part which is on the right side is called the deuce court. When the tennis game score comes to 40 – 40 or deuce, the player serves from this court to gain the advantage point. After having the ad point they move to the left side, which is called the ad court. They serve from this court to win the game by gaining one point.

This is the ending line of each side of the court. There is a total of two baselines in a tennis court. From these lines services are made by the players. Each baseline is 39 feet away from the net.

It is the most risky area for the players. This area is drawn between the service area and the baseline on each side of the court. The area is 18 feet or 5.5 meters × 27 feet or 8.2 meters. This no man’s land area is 486 square feet or 45.2 square meters.

The centerline of a tennis court is 4 inches or 0.1 meters long, that divides the court into two equal parts.

The outer edge for doubles matches and the doubles court is 36 meters wide.

As the width of double and single matches are not the same, so there remains an extra area during singles matches. That area between doubles and singles sidelines is known as doubles alley.