Want to improve your mathematical and strategic thinking? Well, there is a game suggested by me for this purpose. Yes, you guessed the right one, its mancala. It is a two-player game where you have to play with some stones and play strategically for winning the game.

Here I’m to discuss the rules of this game. You know, without knowing the rules of a game you can’t do better. That’s why this article is going to be very crucial for you guys who want to get introduced to the mancala game. Continue to read the article for having more details regarding mancala.

The game has a lot of variants and it is an excellent learning game for the kids. Any five years or more aged kids can enjoy this game and learn basic mathematical strategies through fun. So you can easily let your kids improve their strategic thinking by providing them a mancala board game set. 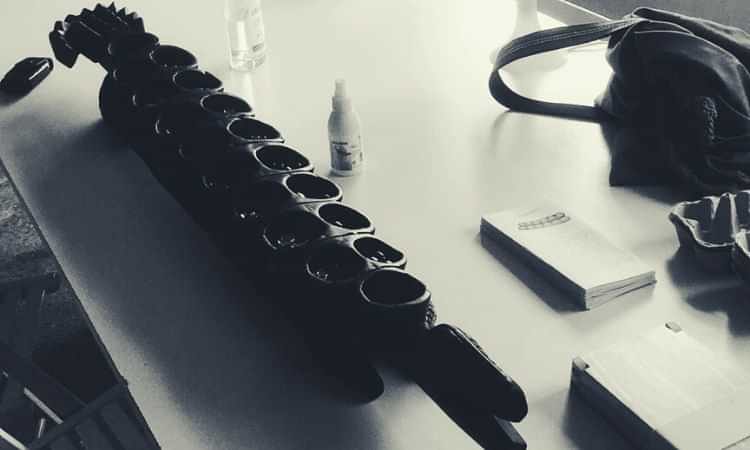 What is needed for playing the mancala game

To play this strategic game, you don’t require much equipment. You need a wooden mancala board and a few playing pieces to start the game. It is of course a two-player game, so the playing pieces are divided equally to the players.

To start the game you need a sturdy wooden board. Well, this board is not like other normal boards having drawn something on it. This board comes with some holes designed for placing the playing pieces in it. If you are looking to let your kids enjoy this game more, then provide them with a beautifully designed mancala board.

The board has twelve medium size holes, where you can store at least playing pieces at a time. Besides these twelve holes, it has two comparatively bigger holes at each corner of the board. These corners are used for storing the collected pieces of the players.

So if you have gathered this equipment then you can start playing mancala with one of your family members or friends. 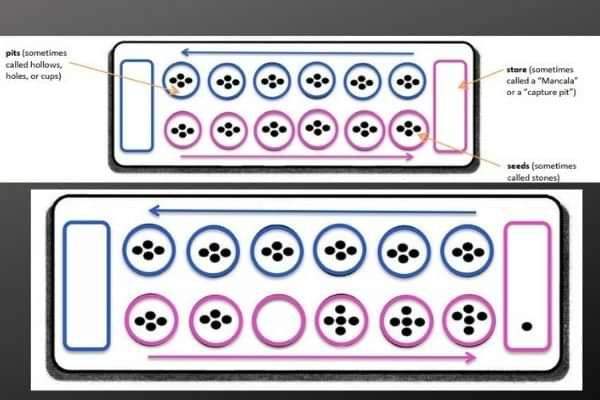 In a new game, if you start playing without knowing the rules then there is the least chance of doing better in the game. So for every newcomer in the mancala game, it is needed to at least know the basic rules of this game. And here I’m to discuss the rules of the mancala game, which you need to know before start playing the game. If you read the rules given below carefully, I can assure you’ll be able to do better in the game.

Start the game with a rectangular size wooden board and 48 playing pieces.

The wooden board will have a total of fourteen holes in there for storing the stones or playing pieces. Among these 14 holes, 12 holes are small and they will be filled with stones at the beginning of the game. The remaining two holes will be used to collect the stones that each player earns.

To set up the game, first, all the 48 stones need to be divided equally between the two players.

The game board is set up and the players are ready to start the game when all the 12 small holes are filled up with 48 stones and the remaining two larger holes will remain empty at the beginning.

Now the main gameplay starts with a coin toss. Choose a player to go first by a coin toss. Meanwhile, in the mancala game, the player going first doesn't get many advantages. So if you want, you can choose one player for going first randomly.

The objective of the game is to collect as many stones as possible. After collecting the stones or playing pieces you need to store them into the big hole of the board at your end.

Toss winning player starts the proceedings by picking up all the four stones from a cup in his side. Then, he has to place one stone each in four different cups.

He can place a stone in his mancala, but can't go for the opponent's mancala.

If a player makes all the six cups in his side empty, the other player takes all the remaining stone of his side in his mancala.

The game has come to an end as soon as all the six holes of one side of the board have become empty.

The result of the game is decided by counting the number of stones each player has in their mancala. The player having the most number of playing pieces or stones is declared the winner of the match.

If you have read the rules of mancala .pdf carefully and play according to the rules, this can be a fun game for you. Except for fun, it will also help you to develop your mathematical and strategic thinking for sure.