You know what red and green light indicates up the streets. Simply, the green light is used for free movement, and the red light tells the vehicles to stop. For safe and sound driving on the roads, you need to follow these traffic signals unless there might be unnecessary accidents. Well, for improving your kid's concentration and observation, red light green light is a nice outdoor game. 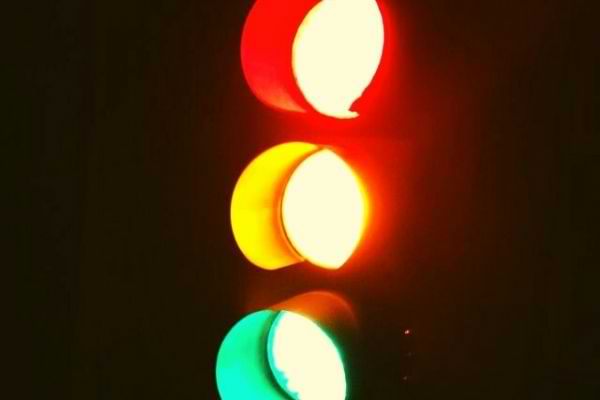 What is Red light Green light game in actual

The red light green light is an observation and concentration improving the outdoor game, where the kids have to run and stop depending on the signal given to them from a far distance. Well, it's not an astonishing thing that many people think that the faster one is always going to win the race. However, every time speed doesn't bring victory for you.

It is said that slow and steady wins the race, which proves this to some extent. When the speaker or the traffic light yells, saying red light, you have to stop immediately unless you would be sent back to the starting position. So to win this game, what more you need is steadiness in your movement, not speed.

Another great outdoor game to play with your kids Red rover game is perfect for you.

What do you need to play this game?

There is only a simple answer to this question; you need nothing to play this game other than a bunch of kids. The more kids, the more enjoyable the game will be. Another thing you might need to know is that you need a field or open space to play the game.

The first and most important requirement to play the game is the participants. You should at least have three players to play the game. One player will become the traffic light, and the others will work as the plying cars on the road. The players will move forward according to the direction of the traffic light and anything beyond the direction will be called a fault and he will be sent back to the starting spot.

The game requires free-running movement, so you definitely need an open space to play. If you have a large backyard, then it will be awesome to arrange such games. But if there is none or it's drizzling outside, you can arrange the game inside your house. You can bring variation in the game by arranging it indoors instead of outdoors. But keep one thing in mind that the game requires enough free spaces to let the kids move around and run freely.

How the game proceeds

If you know the rules of the game, you will understand how the game really proceeds. The game doesn't have any hard and tough rules and you can easily make these rules understandable to the participating kids.

Then, choose one randomly or the elder one to become the traffic light at first and stand behind the finishing line. He will stand showing his back to the rest of the players at the beginning.

The rest of the players will stand side by side facing off the finishing line. The distance between the traffic light and the flying cars should be 15 feet at least.

After some time, the same player will yell saying red light and all the players will have to freeze on their position immediately. If the player finds someone moving after moving around from his previous position, that moving player will be sent to the starting line again.

The player behind the finishing line will turn his back again by saying green light and the game will continue this way by saying red light, green light.

In conventional gameplay, the player who becomes the traffic signal yells red light or green light to let the game continue. Instead of yelling, you can grab a both-sided card with a handle to just turn around the sides in a direction. If you just turn around the card and don't yell, the game will certainly become a bit difficult.

Making rounds in the game

Instead of playing one round game, you can arrange a game of a few rounds. You can impose different moving styles in each round like hopping, crawling, walking on the toe, etc.

Just like the traffic signal, you can introduce yellow light in the game. Here yellow light will indicate the players to move slowly forward. While someone is running hearing the green light, you can suddenly call out yellow light to decrease the speed. Players will have to be more concentrated if you add yellow lights.

You can impose different moving styles in different rounds, you can do the same in one round by introducing other colors like purple, blue, black, or whatever you like. Kids will be able to improve their listening skills and work on accordingly by this.

Imposing tricks on the movers

It might seem pretty easy for some players to listen to red light green light and move. So yell red or green light twice in a row and make them do a false move and sent them backward. For large fun game to your backyard you can set Dunk Hat for more enjoyment.

Is it a beneficial game for the kids

When you are driving a car on a busy road, you always have to be concentrated on what obstacle is in front of you or what the signal is indicating at that moment. And with the game, you can improve concentration in a great way.

Not every situation demands the same step from you like when the caller shouts red light, you have to stop, you can move slowly when he shouts yellow light and move freely after listening to green light. Thus the game makes you learn to observe the situation.

The game actually runs on the yelling and listening between the participants. The caller yells saying light and the rest of the player moves accordingly listening to his command.

You have to move quickly, but also easily, that's what the game teaches you. You have to listen to the commands correctly and try to move accordingly, just don't rush towards your destination.

Arranging a red light green light game is an easy task because you need not buy any extra equipment for this game. You can simply gather a bunch of kids and make them understand the game's basic rules before starting the fun.