Put up all your family members' arms to make a chain by dividing them into two teams and challenge one member each time from the opposition to break the chain, which is called the red rove game. You can play this game if you don't have any other equipment for having some outdoor fun. 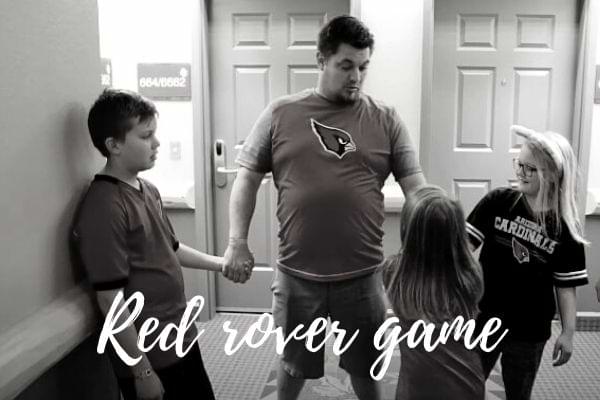 What is the red rover game

If you have become bored of being inside your home, you should go backyard to have some outdoor fun. But alas! You don't have any playing pieces of equipment. It's the perfect time to gather all of your family members and have some quality family time with some backyard gaming.

Red Rover is a game where players have to make a chain of at least three players and one player from the opposition will try to break the chain on their turn. The game will continue until all the players participate in the game and stand on the same side. Though it seems a strength game, I would instead call the game a game of strategic thinking. You can break your opposition's chain by targeting the weaker zone and challenging the weaker player to send.

How to play the red rover game

You need nothing but several numbers of players to play the red rover game.

Is the red rover game dangerous

Well, the red rover is a fun game until there is no injury. In a neutral view, red rover is a bit dangerous game, especially if you have kids in your team.

The red rover game originated in the UK during 19th century, when a few young kids were standing making a chain and running from the opposite direction trying to break the chain. Soon after the invention, the game spread in Australia, Canada and the USA. The game is also played in Russia, Serbia, Czech Republic, and Romania and so on. Though it is a bit risky game for the weaker guys and kids, you can enjoy the game in your backyard with your family if you are well cautious. This is also simialr game with tug of war rope.

A few backyard games require nothing to play except the players and the red rover is such a game. Keep the boring indoor life aside and bring your family members in the backyard to have some chain-breaking fun with a mix of strength and strategy.