A snowy morning, and you are thinking about how to get some thrill going outside. If you live upside hill, sledding is a good way to have fun on the icy track.

However, a toboggan that is a wooden sled is another classy way to have a similar kind of fun. If you need to carry more than one person or some goods through a snowy track, a sledge can come in handy any day.

Meanwhile, users often remain worried about choosing sledge, sled, and toboggan. Therefore, we are here to let you know more about these rides in detail. 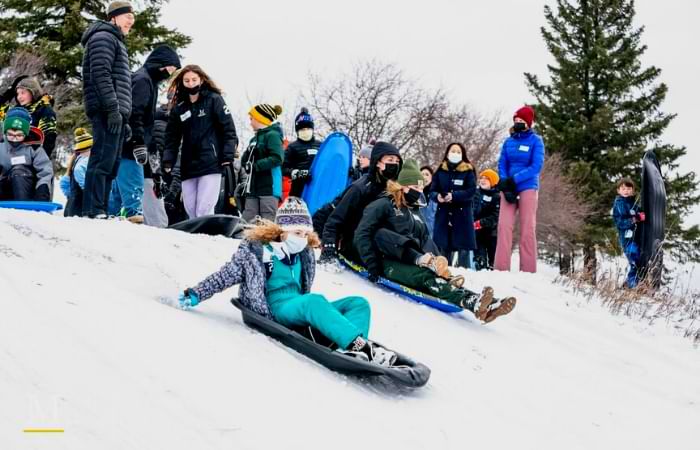 Comparison between a sled, sledge, and toboggan

Sled, sledge, and toboggan are three rides on snowy tracks with similar and different features. Both sled and sledge have runners underneath the flat flake, which is absent in toboggan. However, the toboggan is a versatile one on the low friction surfaces.

Let's don't make it more confusing for you guys and go through the following comparison chart. It will show the differences and similarities between these three snow sled. Moreover, you can have details on the latter part of the article.

What is sled in the snow?

The term sled is directly related to sledge and toboggan. Both these types of vehicles are derived from the sled, which is a flat vehicle used on low friction surfaces. To be more specific, it's a small recreational vehicle that has runners underneath.

For snowy tracks, it’s one of the most popular vehicles. There are different types of sleds available.

Sledding is more like a recreational game, and it's played using the runner underneath the small vehicle. The runners are used to lower the friction on the snowy surface. It lets the user slide on the surface faster.

Moreover, it’s a suitable ride that makes the uphill down slides safer. The construction quality and design make it an ideal downward sliding vehicle.

What is snow sledging means

Basically, sledging is one of sledding. Therefore, a sledge is one type of sled. The primary difference between sledge and sled is the functionality. To be more precise, a sledge isn't only a recreational vehicle.

The design of a sledge is entirely different from a sled. Here are some characteristics of sledges.

In snowy conditions, a sledge is a useful vehicle to move on through the icy tracks. It's not only about the recreational purpose or just having fun; it's more of a passenger-carrying vehicle.

A person sitting on the flat sledge isn't the one who runs it; rather a horse or dog is connected to pull it forward. It's also regarded as one of the most ideal ways to carry goods on icy surfaces, where a normal vehicle is almost useless.

As it creates enough friction on less-frictional, it goes a long way to serve the people staying on snowy tracks.

Difference between sledging and sledding 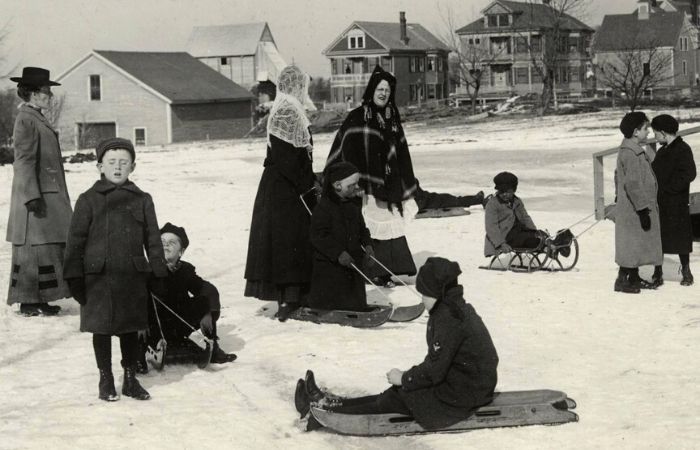 Before talking about the difference between sledging and sledding, you need to what actually these two terms mean. Both sledge and sled are used on low friction tracks to carry persons or have fun.

These snow sleds are a kind of small flat flake with runners underneath. The runners help to create the required friction on the low friction surfaces like snow and ice. However, these two are a bit different.

Let’s go through the comparison chart:

From the above comparison chart, two things that turn out common are having runners and working on low friction surfaces. Except for these, it seems they have pretty good differences between themselves.

If you want anything to have fun on low friction surfaces, you should probably go for a sled. However, it would be a wrong decision, if you use a sled for carrying goods. The reason is that sleds are small-sized snowmobiles.

Therefore, you have larger sleds that can help you carry goods or passengers on the low friction surfaces. However, a snow scooter for kids is another good vehicle for the same purpose. These sledges can carrier to haul more loads.

Typically, the users connect horses or dogs to make a move on the ice using these sledges.

Are sled and sledge similar

Already, you have known that both sled and sledge are used on low friction surfaces with runners underneath. Therefore, they do have common things and are similar. But there’s another thing that makes these two rides similar.

According to many historians and linguists, it's only the pronunciation in different regions that makes these two different. In American English, the vehicle is a sled, and in British English, the same vehicle is called a sledge.

So if these two rides are similar, what else you can get for fun? Well, an inner tube for snow sledding is a good option for you to have unlimited fun.

What is snow toboggan?

The wooden flat sliding surface that doesn't have any runner underneath is known as a toboggan. The major difference between toboggan and sled or sledge is not having runners. The good thing is that it is both fun and useful element.

You can slide through this toboggan by using your feet; also you can have it pull. This also means, carrying loads on the flat flake isn't any more impossible as long as you have great pulling forces.

Difference between snow toboggan and sled

The main difference between snow toboggan and sled is the runners. Toboggans don’t have any runner underneath, but sleds have. Here’s a short comparison chart that shows how these two rides are different and similar.

Definitely, these two rides are for low friction surfaces, but one has runners, and the other one doesn't. This indeed makes them different. Also, the toboggan is more of a versatile ride compared to a sled.