A wildcard in NFL refers to the teams that advance to the playoffs without winning their division. More specifically, even the two best runners-up teams from the four divisions are called wildcards in NFL. They earned the right of playing in the playoffs even though they didn’t finish first in their respective divisions.

Total four teams from two conferences go into the playoffs of the NFL and make the journey a bit tough for the top eight teams. However, the journey is tougher for them towards the super bowl than other teams. We will go through every detail about wildcards in NFL in this article. 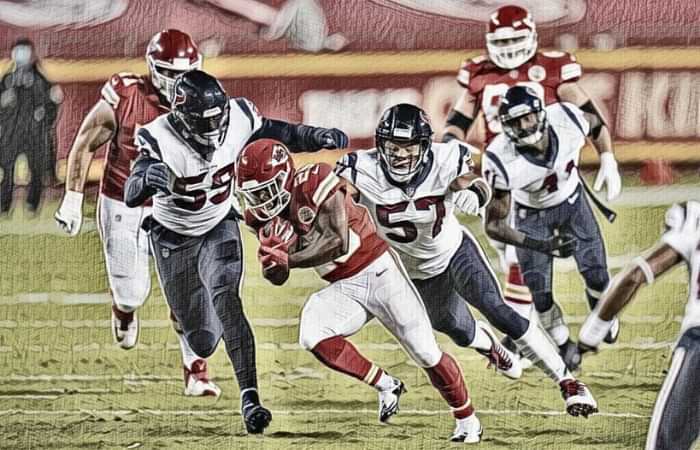 What is the NFL wildcard?

The two best runner-up teams, who participate in the playoffs of NFL season, are called wildcards. They don't have to be the winner to make it to the playoffs like the top teams of their divisions. But their result must be better than the other two runner-up teams in the conference.

There are a few things you need to know about wildcards in NFL and let's have to quickly look at these things.

The road to playoffs is very tough for the wildcard teams as they don't get any chance of hosting their opponents. But if both wildcard teams win their respective first-round playoff match, the top team will host the next match.

How does wildcard work in NFL?

Those who are new to NFL or National Football League might find it difficult to understand how actually the wildcard works in the league. However, if you start from the beginning of the season, you will understand the whole process. There are some basic rules of an NFL season.

The wildcard teams often have only a side chance to go to the super bowl stage because the path is hard for them. From the two wildcard teams in each conference, the top one will obtain the 5th seed, and the rest will be given the 6th seed.

The 6th seed team has a tougher opposition as they play against the 3rd seed team. On the other hand, the 5th seed or the top wildcard team plays against the last division champion or 4th seed team. If they advance to the divisional round, the top teams will again host them.

Why it is called wildcard

The four teams, except for the eight-division winners in the two conferences are called a wildcard. The reason for calling them wildcard is that they don't have to become the winner to qualify for the playoffs. They are only the two best runner-up teams in their respective conferences.

How many wildcards spots there in NFL

There are four wildcard spots in an NFL season. As you already know, there are two conferences in NFL, AFC, and NFC. Each conference has two spots in the playoffs for wildcard teams. These two wildcard teams join the individual winners from the four divisions.

The inclusion of a total of four wildcard teams creates the playoffs fixtures between twelve teams. Both wildcard teams from each conference are given the last two seeds, which are 5th and 6th.

How do you get a wildcard in NFL?

You have to become one of the best two runner-up teams in your conference to become a wildcard team in the playoffs of the NFL. NFL playoff is arranged between twelve teams, and after the entry of eight divisions champions from two conferences, there are four more spots.

What is wildcard weekend in NFL?

The remaining teams are the 3rd & 4th seeds and the two wildcard teams. Wildcards teams from each conference enter the playoffs and participate against these 3rd and 4th seed teams in the first round. This is the reason calling it the wildcard weekend.

Can NFL have two wildcards in the same division?

Nope, NFL can't have two wildcards in the same division. According to the NFL rules about wildcard teams, only the top two runner-up teams in each conference can become wildcards. It means there is no scope for the third positioned team from one division to play the playoffs.

Even if any third-positioned team has a better win-loss ratio than another division runner-up team, it can't become a part of the playoff round.

Can wildcards win the NFL championship?

Yes, wildcards can win the NFL championship, but it’s too much difficult. The wildcards have to go through three playoff matches for the super bowl match. And on the way, they can never host the opponent if both the teams are not wildcards.

From this point of view, the road to an NFL championship match or super bowl match seems tougher. Again, they have to compete against better teams. Instead of these difficulties, Green Bay and the Steelers won the NFL championship from wildcard position a few years back.