Bocce ball is an ancient game, which is still popular among the modern people for enjoying their leisure periods. To play this game you need a large court with a number of bocce balls. In this article, I'll discuss all the things you need to know before playing bocce ball.

What is bocce ball

Bocce ball is an ancient game that needs 8 balls and a target ball, which is known as pallino for gameplay. The game is played between two teams in a rectangular shaped court. The main objective of the game is to throw the bocce ball closes to the pallino ball. 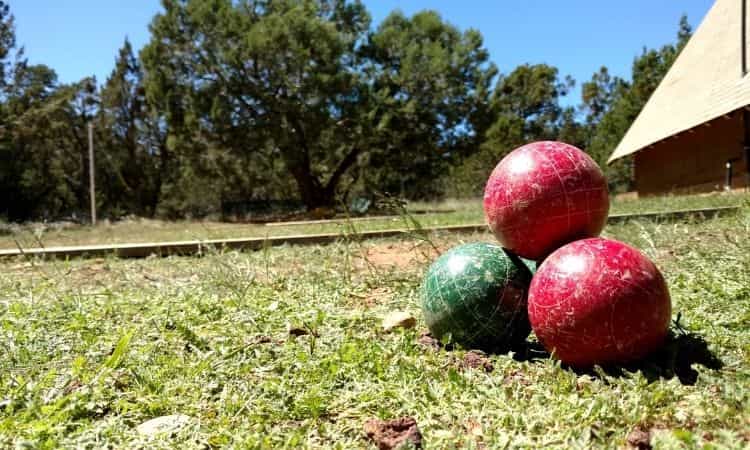 How to play bocce ball

Well, before going inside the bocce ball court you need to know how the game progresses. That’s why in this segment of this article I’ll inform you how the game of bocce ball is played.

Before starting the game, you need to have all the equipment needed for playing bocce ball. Bocce ball set (reviews) requires mainly two things to start the game.

A set of bocce ball is the first and foremost thing you need to have for playing the game. The game requires a set of eight large bocce balls. All these balls are same in diameter. Typically they come in two different colors to represent the two teams. A regulation size bocce ball measures 107 mm or 4.2 inches in diameter. But the dimension of the bocce ball can range from 100 to 115 mm. The standard weight of bocce balls is 920 grams.

Pallino balls are also known as target balls or jack. These balls are smaller in size than bocce balls. A regulation pallino ball measures 60 mm in diameter. It comes in white color typically. Pallino ball is used as the target of the bocce balls during the game.

To start the game you need a set of bocce balls containing 8 similar size balls. These balls can be large or smaller in size. If the participants are from beginner level, then the balls' size should be smaller than the regulation size. A regulation ball measures 107 mm or 4.2 inches in diameter. But all types of bocce balls measure from 100 mm to 115 mm.

If you are not willing to go with regulation size balls, you can look for smaller balls for the kids or beginners and larger balls for experience or professional players. The balls used in this game come in 2 different colors, typically red and green. Each color consists of four balls. Another small-sized ball is used in the game, which is known as jack or pallino. This ball measures 60 mm officially.

Start the game through coin toss

Who is going to throw the jack first is decided by a coin toss. The team winning the toss gets two chances to throw the jack into the prescribed zone. If they still fail to do so the opposition will get a chance.

After the first team has thrown the ball, now the remaining team or the opposition gets the chance to throw one of their balls. The aim is same for them also to throw the ball as close to the jack as possible. This way both the teams will throw all their four balls towards the jack and lastly there will be 8 balls inside the court surrounding the jack or pallino.

The bocce ball game is mainly played in few frames to collect 12 or 15 or 21 points. A team can get or more points in a frame. After all the bocce balls are thrown near the jack, its time to measure the closest one to the jack.

The team having the closest bocce ball near the jack will get one point and if the ball remains touched to the jack then they will get two points. This way the upcoming frames will be played until one team gains 12 points or sometime it is 15 or 21.

A regulation bocce ball court measures 91 feet in length and 13 feet in width. You can also roughly choose the area for playing this game, but having a regulation size court will surely enhance the playability. Inside the court there are two foul lines at each side. These lines are drawn 10 feet away from the ending line of the court. Some bigger courts also have foul lines up to 16 feet.

I hope you should read this article once for having a clear idea about bocce ball before going inside the bocce ball court. Knowing these things will help you in having better fun inside the court.