Dodgeball is a team sport, where players of each team try to throw balls towards the opponents to eliminate. If the thrown ball hits any part of the opponent below the shoulder, he will be eliminated. The game's objective is to eliminate every player of the opponent's team to win the game. You can enjoy the sport with minimal equipment required. 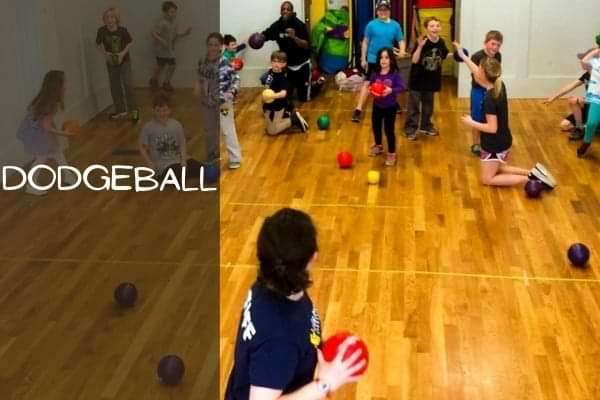 Among the equipment or arrangement you need to play dodgeball, the court is one the most important. According to the official rules, a dodgeball court should be measuring 60 feet by 30 feet. You can arrange a dodgeball match is volleyball or basketball court indoors conditions and if you want some outdoor experience, you can do so by making a proper court for the gameplay. There should be a boundary around the dodgeball court, doesn't matter whatever condition you are playing in.

Centerline: There should be a line drawn at the court's centre to split the court into two halves. Each team will stand on their halves during the game and the balls will be placed on the centerline.

Attack line: There is one attack line on each half of the court. This line is drawn 10 feet from the centerline. Players need to remain within the attack lines while they are throwing balls towards the opponents.

The queue: Both the teams participating in the game will have one queue for the players. This queue zone measures 3 feet by 12 feet.

Extra space: You need to have extra space around the court for the players' easy and comfortable movement. The extra space maybe around 2 to 3 feet in dimension on each side.

Type of balls used in dodgeball

There are mainly two types of dodgeball balls used in dodgeball games, blocker and stinger. You can arrange a game with all blockers and include stinger balls to increase the fun.

How to play dodgeball

Eliminate the opponent's players before they do the same to your team and win the game, that's the objective of a play dodgeball game.

The balls used in official tournaments mainly are made of foam inside to provide softness. As you know to play a tournament-grade dodgeball match, you need a total of six balls and so you can buy a complete set of dodgeball or a single ball.

A complete set of dodgeball can cost around $25 to $80. However, this is the average cost of these balls and you can also buy some high-grade ball sets that might cost you more than $100 up to $200. Meanwhile, if you want to buy a single ball, it will cost you around $6 to $20. However, I'm never interested in purchasing a single dodgeball.

When dodgeball was invented

According to most of historians, dodgeball was invented or first played in Africa 200 years ago. But that time, it was not a game of fun or the safest game whatsoever. The African people used to play such type of game with stones and rocks. Oh! So risky right?

Yes, the game was risky then as they didn't use soft, foam balls like now. However, some historians didn't agree with this information. According to them, the game originated before it was seen played in Africa and played in Aisa, Greece and Mesoamerica around 500 BC.

It's a fun game until you use stones or rocks like ancient Africans. Grab the balls as quickly as possible and try to get your opponent out by throwing it towards them.