Ice hockey has become a popular team sport all over the world. But have you ever thought who the person is or which are the persons that invented ice hockey and where it has been invented? Well, there are a lot of controversies regarding this matter. 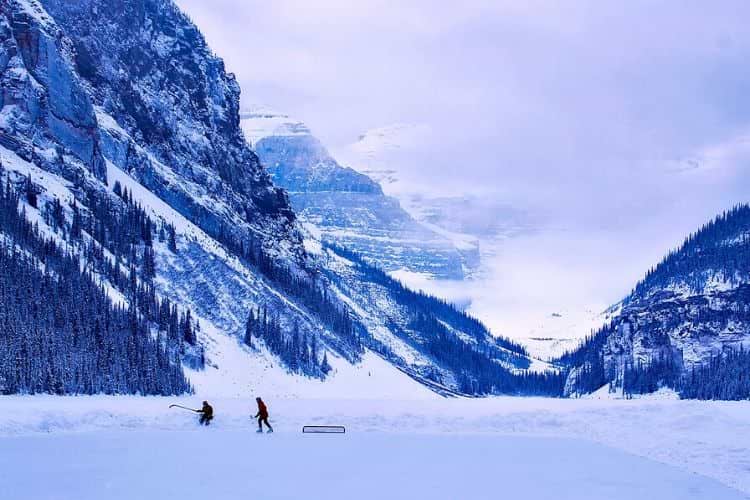 Who and where invented ice hockey

Some believe that ice hockey was first played in Windsor, Nova Scotia (Canada) at king's college school by the students. So if you tell me to give you a clear cut answer of where ice hockey was invented, then I would say in Canada. And who invented ice hockey? There are two opinions regarding this. Someone says that this sport is originated from the Scottish and Irish immigrants in Canada, and others believe that the Mi’kmaq Indians first played this type of game in Nova Scotia.

Each team has six players on the field wearing ice skates. There are three main equipments in the sport. These are the stick, the puck, and two net guarded goalposts at each end of the field. The puck is made of vulcanized black color rubber, and the sticks are made of various materials like wood, carbon fiber, fiberglass, or composite materials.

The answer to the question who invented ice hockey is difficult to give as there are two different views. Many ones believe that the Scottish and the Irish immigrants staying in Canada are the guys who invented this type of sport in 1800. That time this sport was not known as ice hockey. It was a similar game to stick and ball game.

Besides this someone people believe that it was sport which is originated by the Mi’kmaq Indians in Nova Scotia. Their gameplay was also very much similar to stick and ball game. But instead of ball they used a type of block made of wood. That's why it is said that the earlier pucks were made of wood. Actually, after the invention of the sport and until the rubber pucks were introduced wooden pucks were used for ice hockey.

The members of the British army and navy are greatly related to the invention of ice hockey. The students of king's collegiate school seemed to participate in the sport that time, which assure the involvement of the Canadian people in the invention of ice hockey. But the outer guys who were staying as the immigrants in Canada are regarded the persons who invented this game in Canada.

Where ice hockey was invented

That time this sport was not known as ice hockey and they had no such rules or regulations of ice hockey. The students of king's collegiate school organized this game from Hurley, an exciting field game played with stick and ball. But the game was not the same as Hurley game. In place of balls, they used a wooden block type something, which can move on the icy surface easily and provide a lot of fun.

As the boys played the game, which is similar to Hurley game and also follow some fundamental rules of that game, this ice hockey was then known as ice Hurley game. Thus Canada acclaimed as the birthplace of ice hockey and it was invented in a collegiate school. But not only had the students of that school played the sport that time. There were some immigrants staying in Canada at that time and they started playing this sport with a stick and wooden puck or block.

So out of some controversies, I can say that Canada is the place where ice hockey was invented, and the students of king's collegiate school, immigrants from Scotland and Ireland are the people who invented ice hockey.