Staying home during the holidays and don't have anyone who can join you to have some gaming fun. So is there any option of playing a game by you and have great enjoyment? Wingspan board game is such a game, which allows you to play in single mode and you can also play this game between five players.

If you are interested in a bird's life, want to know about how to preserve them, you will surely enjoy this game. I have listed the top five wingspan board games after a long period of research. The list begins with Stonemaier Wingspan Board Game - A Bird-Collection. Gather the playing equipment and set up the game to start the fun. You need to know the game rules and you will get this here too. So stay with me. 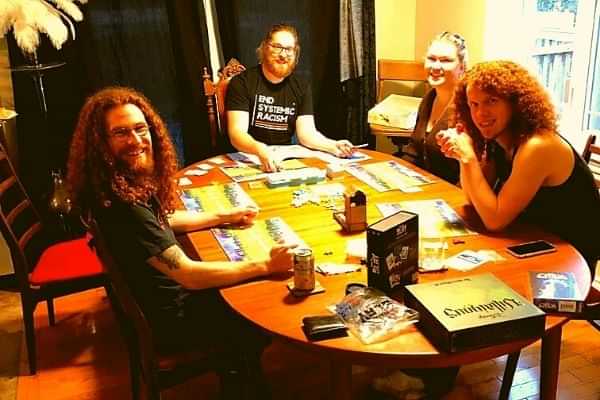 1. Stonemaier Wingspan Board Game - A Bird-Collection

Stonemaier Games comes with a wingspan board game that lets you play like a bird enthusiast. Your task here is to seek to discover and attract the birds to your aviary. Here the best birds are the first choice. The game is playable between one to five players. It will take approximately 40 to 70 minutes to complete the game, including the setup time. The game set comes with all the needed equipment to play the game.

This is the first version of expansion to wingspan. This game set comes with the opportunity to increase the world's scope to include the regal, beautiful and varied birds of Europe. The birds included in the game set feature various new abilities that have several birds with round end abilities. These abilities increase interaction between the players and the birds.

The game set comes with all equipment needed to play the game. It includes 81 unique bird cards, 15 egg miniatures, five bonus cards, four automa cards, one custom tray with lid, one score pad, one rules book, five-goal tiles, 38 food tokens and one reference tiles. The game is playable between one to five players. The additional tray included in the game set is used for storing the growing collection of birds.

Think yourself a bird enthusiast, researcher, bird watcher, ornithologist and collector. You are ready to grab this 2018 version of the wingspan game from Stonemaier Games. The game set comes with all the equipment you need to play this excellent classic bird game. The equipment of the game is made of using high-grade paper. It is playable between one to five players.

In the game, you will gain food tokens via custom dice in a birdfeeder dice tower, lay eggs using egg miniatures in various colors, draw from hundreds of unique bird cards, and continue the game. The game will run for 40 to 70 minutes approximately. According to the manufacturers, kids of 10 years or up are recommended to play this game.

Everdrell board game from Starling Games comes with eye-catching table presence, round board and three-dimensional trees. The components included in the board game set are made of wood. So you don't need to worry about the durability of the game set. The game board allows one to four players to participate in the game at a time. The game will run for 40 to 80 minutes approximately and each player will get 20 minutes.

The gameplay is quite simple and you can make your kids understand how to play the game quite quickly. It comes with dynamic tableau building and worker placement. The game set features a detailed world realized through stunning artwork. Here players will build a city of critters and constructions, utilizing the tableau-building mechanic. According to the manufacturers, kids of 12 years or more are allowed to play this game.

This is a box from The Broken Token to organize the components of a wingspan board game. A proper organizer is required to store all the birds and make a habitable, attractive place for them. The organizer comes featuring one bird market tray, one card tray with automa card storage slot, and one food token tray with five internal compartments.

It also comes with one egg tray, one goal tile tray, one dice or first player marker tray and five bird tray. Each bird tray of this organizer features an optional divider, which you can use to separate meeple source meeple upgrades by species if you have acquired more than five styles.

What is a wingspan board game

The wingspan is one to five players board game, where you will find everything about a bird's life. The game has numerous bird cards, which introduces a large number of bird species to you. You will build wildlife, which is habitable for the perseverance of the birds. One of the best things about this game is that it allows you to play solo. So you don't have to worry about playing this game, even in a partner-less condition.

You will get the idea of a bird's life and how it leads life by creating the nest, laying eggs, and collecting food. This game is not just a fun element for the kids; it also has excellent educational value. You won't know about these large numbers of birds at a time, except playing this game. So this game provides you with fun and some knowledge at the same time.

How to play the wingspan board game

Let's introduce you to this game's rules and make the task a lot easier for you guys.

The wingspan is a board game, which was published in 2019 for the first time and the publisher was Stonemaier Games. Elizabeth Hargrave designed this one to five players playable game. After the release of the game, it gained a lot of popularity. Around 44,000 copies of this game were sold after the publishment within the first two months. Because of its fantastic artwork in showing birds' habitats and everything, it received the prestigious Kennerspiel des Jahres award for the best connoisseur game of 2019.

Feeling excited, right? Don't make any further delay if you have read the article carefully from top to bottom. The products I've discussed are the great in quality and the buying guide will make the buying a lot easier for you. Read out the section where I've discussed how to play this game before getting fully ready for the fun.