Do you like the clicking sound while locking the driver? Well, you can only get it in Takara Tomy Beyblades, not in Hasbro beys. It’s always been a tough task to choose beys between these two brands.

One is originally Beyblade making brand, and another is a famous toy brand. If you compare two Beyblades from these two brands, you will find a few identical features. These are enough to make you confused.

Here, we'll go through the similarities and dissimilarities between these two brands. So stay tuned if you are interested. 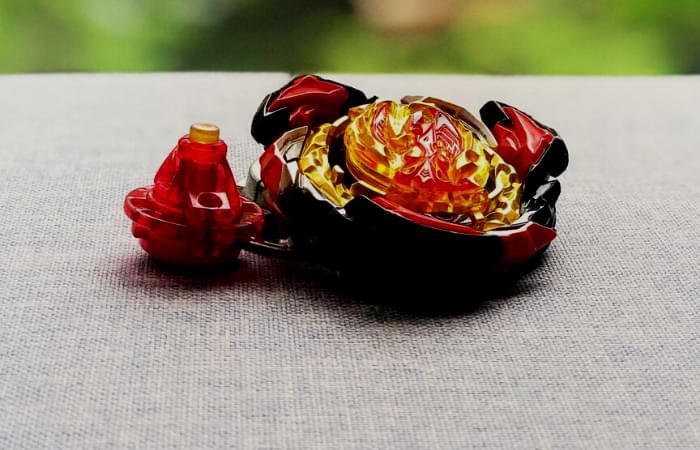 You should probably go through the following comparison chart first before moving forward.

Comparing the construction materials of the Beyblade parts, Takara Tomy does a better job. There’s a mixture of plastic and high-quality metal parts. However, plastic components made Hasbro beys a bit downgrade.

But Hasbro has made their beys a bit unique in one section for sure, which is naming. They don’t use typically alphabetical names on their beys, which is entirely different from other beys.

For a stronger locking mechanism, you should move towards Takara Tomy. The layer has built-in teeth for locking that makes a clicking sound. Compared to the simple slide across of Hasbro beys, it’s proved to be a way better option.

Hasbro is one of the most famous toy brands. It’s a North American-based Beyblade brand that works under the license of Takara Tomy. This also means that Beyblades are not original products from Hasbro.

Therefore, this famous toy brand doesn’t make high-quality Beyblades as you would get from Takara Tomy. Most beys from Hasbro have plastic construction with a strong burst mechanism. Here are some characteristics of Hasbro Beyblades.

Going a bit deeper into the construction, Hasbro isn’t a dedicated Beyblade-making brand. They have been making several quality toys for a long time. Therefore, the manufacturer puts importance on quantity over quality.

Making Beyblade layers and drivers with plastic makes the beys comparatively affordable than Takara Tomy beys. The Hasbro bey layers don’t have any teeth, rather slide across the driver. It makes it unable to use with TT beys.

Hasbro beys have codes instead of having names with typical alphabet style. It makes the beys unique and at the same time hard to identify sometimes.

Well, the buyer can design or paint these Beyblades as the package doesn’t typically include any sticker sheet. Although the beys don’t have much space for painting, it’s still a good one.

As most beys produce the right spin, you will find huge options for right spin launchers. However, left spin and both side spinning launchers are also available. And you can spin the bey on a Beyblade stadium from TT too.

Check out the list of a few Hasbro Beyblades:

The most famous brand in the world of Beyblades is Takara Tomy. It’s a Japanese brand that has been originally making beys for a long time. Moreover, TT Beyblades come in imprinted SonoKong, YoungToys, NewBoy, etc.

It doesn’t matter which brand imprints these Beyblades, it will always carry the sign of Takara Tomy. If you are seeking the highest quality on beys, you should go for Takara Tomy. Now, let’s check out some of these beys’ features.

As an original Beyblade brand, it’s their first responsibility to ensure quality to the users. And so far, TT has done a pretty good job in this field by providing quality metallic construction. Burst beys are the latest inclusion in TT.

It’s pretty easy to identify or choose one model from Takara Tomy because they have names in words. Unlike Hasbro, they don’t use codes for any particular bey. Therefore, it’s easy to decide which one you actually need.

Similar to Hasbro, these beys come with three different directional spin launchers. And the good thing is you can use a launcher from TT to launch a Hasbro bey. All you need to ensure is that both launcher and bey have a similar direction.

The buyer need not use extra paint on the bey as the package includes sticker sheets. One of the great sides of these Beyblades is the driver locking mechanism. When you slide the driver on the layer, it makes a clicking sound.

The layer has a teeth design that ensures a strong mechanism with a simple clicking sound. Pull the string simply on the launcher and take off the bey on the stadium.

Check out the list of Beyblades from Takara Tomy:

Yes, Hasbro Beyblades can work with Takara Tomy, but conditionally. The first thing you need to ensure is that the bey from Hasbro will only be compatible with a TT launcher with the same spin direction.

Without having a spin in the same direction, you can’t even make Hasbro bey and launcher compatible. On the other hand, you can lock a driver from Hasbro with a TT layer and vice-versa.

TT layers have specialized teeth designed for perfect locking. However, Hasbro doesn’t have such a design. It appears the main obstacle to mix Hasbro driver and Takara Tomy layer.

Well, the answer is yes and no at the same time. Which one of these brands is better than one depends mostly on one of the users’ preferences. However, the construction and locking mechanism made TT beys better than Hasbro.

However, someone may love the code naming of Hasbro. Therefore, you need to decide which one do you need. Because once that is better for you may not be a better option for another person.