Triathlon is such a type of race where three different sports are included, swimming, cycling, and running. With a combination of these three sports triathlon is now considered as a popular multi-sport around the world. To complete the race, the athletes have definite areas to switch from one sport to another and thus they continue the race. 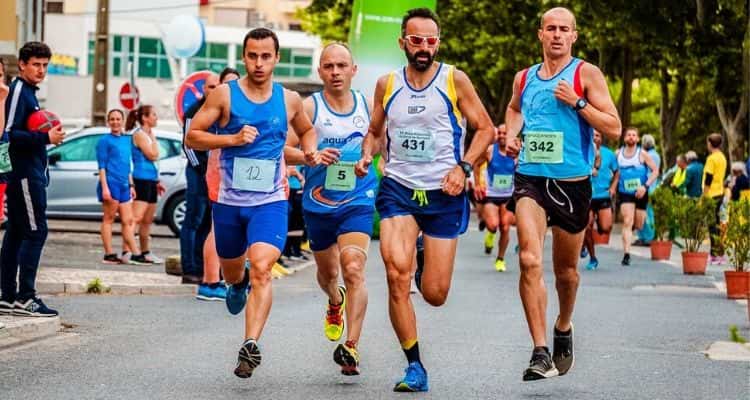 If you ask me what the length of triathlon is, it would be difficult to provide you with a definite answer, because there are few classifications in triathlon. But the length of standard triathlon is, 51.5 kilometers or 32.13 miles in total. If I divide the length in different sports, it is 1.5 km or 0.93 miles for swimming, 40 km or 25 miles for cycling or biking, or 10 km or 6.2 miles for running.

This standard triathlon is actually Olympic triathlon. There are other types of triathlon and they have different lengths. To have a clear idea about the length of triathlon, I'll provide you a length chart below.

It is considered the standard type of triathlon race. If you already did a good job in sprint triathlon then you are ready for the Olympic triathlon. Here you are going to face some world-class competitors, which makes this race a bit difficult than the sprint triathlon.

In Olympic triathlon, you have to spend approximately 3 to 4 hours to finish the race. It depends on the ability to take the pressure. The total distance of the Olympic triathlon is 51.5 km or 32.13 miles. You have to swim 1.5 km or 0.93 miles, and this will take around 30 minutes to finish. Then going for cycling for around 2 hours, and the distance will be 40 km or 24.9 miles. The last stage is running, and you are going to run for 10 km or 6.2 miles. The duration of running will be around 1 hour and 30 minutes. So the total triathlon time duration is around 4 hours here.

The swimming distance for this triathlon is around 750 meters or 0.47 miles, and the duration is around 15 to 20 minutes. Then you have to go for cycling, and that will be for around 1 hour. The cycling distance is 20 km or 12 miles. And at last, you have to run for 5 km or 3.1 miles, where you'll have to spend around 40 minutes. So in total, the time duration here is around 2 hours.

Before going for the ultimate triathlon level, this is considered the primary level of triathlon. Your energy level will be tested greatly here with a total racing distance of 113 km or 70.3 miles.

Here you have to swim for 1.9 km or 1.2 miles, and this will take around 40 to 60 minutes. Then going for cycling or biking, and that will be the longest phase of the race, which will last for around 3 to 4 hours. The cycling or biking distance is 90 km or 56 miles. Then the last phase of the race comes and you have to run for 21.1 km or 13.1 miles, and the duration will be around 2 to 3 hours. So a half ironman triathlon race lasts for 7 to 8 hours approximately.

You have to go for a ride for 180 km or 112 miles and the duration will be around 6 to 9 hours. Lastly, run for 42.2 km or 26.4 miles and that will last for 4 to 6 hours. So the total ironman triathlon race will take around 14 to 16 hours to finish and that’s why this level of race demands extra energy.

So these are the different distances and time duration of different triathlon races. The length chart will also give you a clear idea about the length of the triathlon.